The pottery used in many of my jewelry creations was gathered from the beaches located on the east coast of Scotland along the North Sea. In the late 1800’s to the early 1900’s, there were four pottery factories in Scotland in the towns of Kirkcaldy, Fife, Rosslyn, and Sinclair town. Two of the potteries in the area were famous for their brightly hand painted sponge ware (cups, plates, bowls, & plates) made for domestic use. The other two potteries –the Rosslyn and Sinclairtown potteries were famous for their teapots, reportedly making up to 700 teapots a day! At that time, they routinely dumped much of their waste in the ocean. Over the centuries this waste was tossed about in the surf, and eventually washed up on the beaches along the east coast of Scotland. 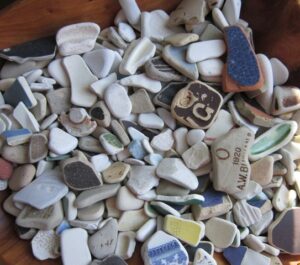 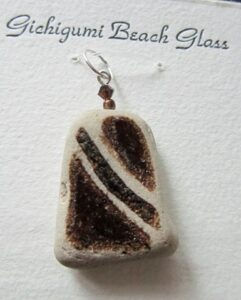 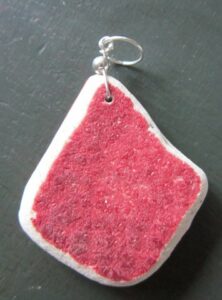 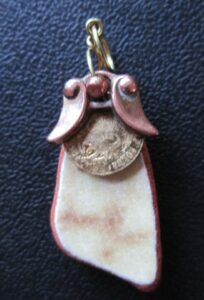 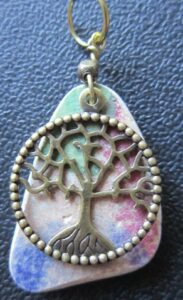 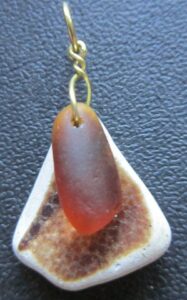 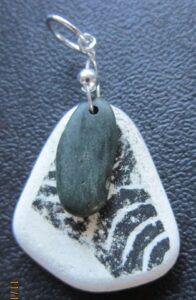 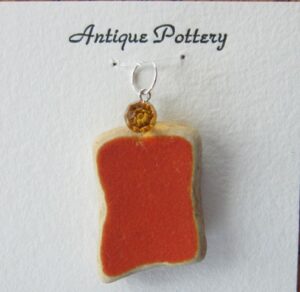 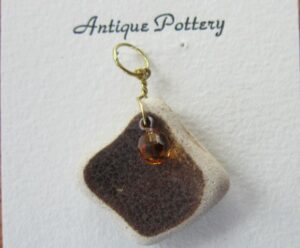 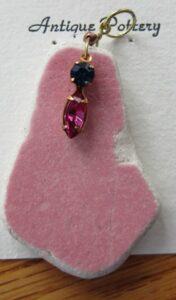 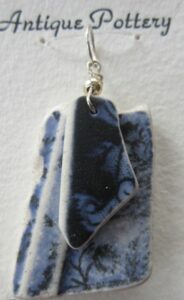 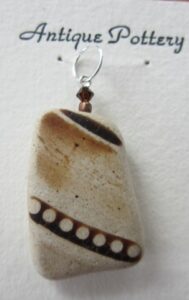 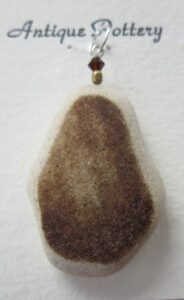 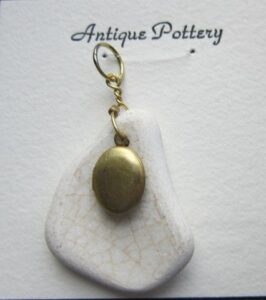 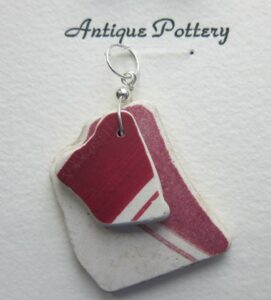 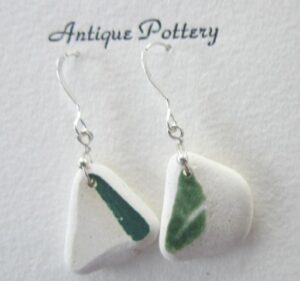 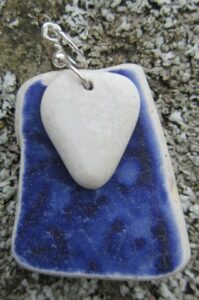 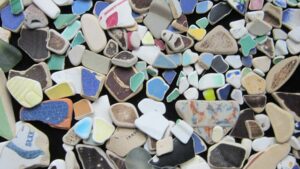 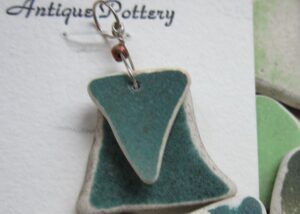